Alicante and the Costa Blanca are popular destinations amongst sun seekers from all over the world.

The Costa Blanca is known for its beautiful beaches, its wonderful climate and tourist resorts like Benidorm, Altea, Calpe, Gandia and Javea to the north of the capital of the province and Santa Pola or Torrevieja to the south. 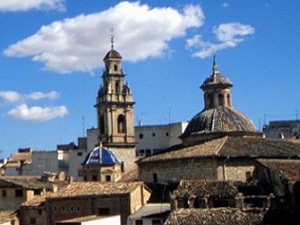 That is a pity, because the inland areas of the province offer attractive places and some real hidden gems to be discovered.

From incredible landscapes including several natural parks, pretty little spanish villages, lots of beautiful monuments forming part of the legacy left by ancient civilizations like the Greeks, the Romans, The Arabs, or the Phoenicians and not to forget its legacy of its gastronomy.

Despite of all this very few foreign tourists will venture inland to discover more of this territory on the east coast of Spain. Slowly this is changing and more and more tourist arriving at Alicante airport rent a car during their holidays in Spain to venture inland and enjoy the many beautiful places which can be visited here. With the help of a GPS device, a roadmap and a decent travel guide (or some investigation before leaving home) it is not hard to travel around the area as the roads in this part of Spain are excellent. 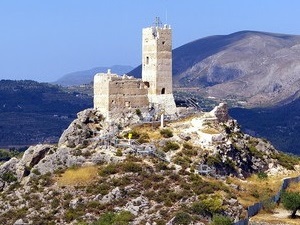 The province of Alicante forms part of the Comunidad Valenciana. The official Tourism Site of the Region of Valencia mentions up to 17 different proposals for those who would like to visit the inland areas of the region and discover new and exciting places in Spain.

One of the most attractive areas is located to the north of the city of Alicante and to the west of Benidorm. It is a territory with several mountain chains like the Sierras del Benicadell, Sierras de la Carrasqueña or the Sierras de la Mustalla y la Almissera seperate from each other by little rivers such as the Serpis, the Gorgos, Algar or the river Guadalest.

In Font Roja visitors can admire snow pits used in ancient times to store the snow, lime ovens, traditional farmhouses and many small chapels and shrines dedicated to the local patron saint of every single village. Surrounded by the river Polop to the north and the Ibi valley to the south Font Roja has been declared Natural Park and is one of the most popular mountains amongst the people of Alicante.

The Sierra de Mariola is another natural area which is very popular amongst hikers from all over the province. 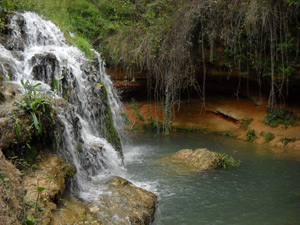 This mountainous area is located between the regions of L'Alcoià, Comtat and La Vall d'Albaida. The sources of some of the most important rivers of the province of Alicante like the Agres, the Vinalopó and the Serps can be found here. Many charming little villages, castles from the Middle Ages, snow pits (neveras) and enchanting chapels are witnesses of the historical and cultural legacy of the past. The land in the valleys is dedicated to the cultivation of almonds, cherries and other fruits only interrupted by the occasional olives grove and vineyard.

Some of the towns and villages which form part of the Sierra de Mariola Natural Park are Alcoy, Cocentaina, Agres, Alfafara, Bañeres, Muro d'Alcoi and Bocairent. Elements found in several excavations in the area prove the presence of humans since ancient times. Remains from the neolithic period and the Bronze Age have been found in Alcoy and Agres.

The presence of the Muslims, who ruled the area for many centuries can still be seen in the numerous remains like the castles in Cocentaina, Bañeres de Mariola or Vinalopó.

From a touristic point of view the most attractive towns and villages of the region are Bocairent, Alcoy, Bañeres, Ontinyent and Cocentaina. 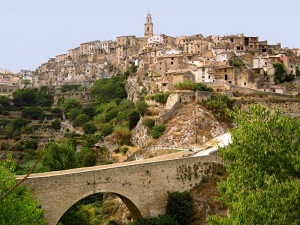 Alcoy is located at the crossing of five different rivers (Riquer, Serpis, Molinar, Uxola, Bnisaido and Riquer) and the city is full of charming viaducts and ancient bridges. Alcoi is best known for its Moors and Christians festival, which is probably the most famous of its kind around the entire Costa Blanca.

Bocairent is a small and tranquil town just an hour away by car from the populated beaches of the Costa Blanca. Nestled in the Sierra Mariola Mountains the cobbled narrow streets of the old town, the local architecture and the little squares can give you a good idea how the live in this part of Spain was like several centuries ago.

Ontinyent is situated on the banks of the river Clariano in the center of the Valencia Region. The village was inhabited by different civilizations since prehistoric times. Remains from the Bronze Age and the Iberian period have been found in different archaeological sites around the village.

During the Andalusian period the region was dotted with several hamlet, an important walled settlement and several artificial caves excavated in the rocks which were used as refuges or grain stores. 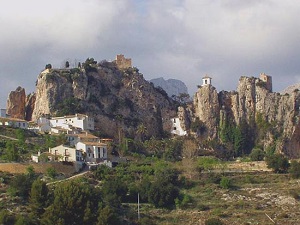 Cocentaina is a little medieval town tucked away in the Sierra Mariola mountains. Cocentaina is fairly unknown, but the old restored town of the village is beautiful and there are several monuments worthwhile visiting, like the Comtat Palace in a part of the village called La Villa, or the impressive church with its ornamental architecture and golden entrance door. The Ermita de Santa Barbara on the top of the hill offers some of the most breathtaking views of the area.

Another must visit is Guadalest, situated on top of a 500 m high rock between the sierras of Xortá and Aitana. The historical quarter of Arab origin was is very well preserved. The castle of San José offers splendid views of the surroundings. The access to the fortress which was built by the Muslems is in fact a natural tunnel through the rocks.

Save up to 20% on your car hire in Majorca

Enjoy your holidays in Lanzarote with a rent a car

Book a rental car in Pisa at the best price

3016 customers rated our services in Alicante with an average score of 8.4 out of 10 points.