Warning: file_put_contents(): Only 0 of 45048 bytes written, possibly out of free disk space in /var/www/vhosts/hispacar.com/httpdocs/includes2013/library.php on line 73
 Bages - a region full of history in the center of Catalonia

Bages is a region located in the geographic center of Catalunya in northern Spain. The capital of the region is Manresa.

The name of the region may come from the word Bacchus which means wine in Latin. Although wine is still produced in Bages it ceased to be an important product of the local economy at the end of the nineteenth and the beginning of the twentieth century due to the phylloxera, an insect, which attacks the roots of grape vines. However many of the old terraced vineyards can still be seen today. 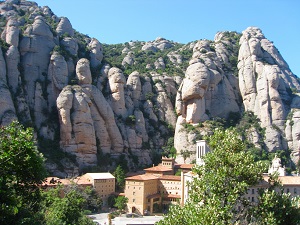 The region of Plà de Bages played an important role during the invasion of Spain by the troops of Napoleon, which were defeated in the Bruc pass by the troops of the city of Manresa. Although the town was destroyed by the retreating French army it was soon to be rebuilt by the local Catalan population.

Without a doubt the main sight of the city is the basilica of Santa Maria de la Seu from the 14th century. The cave in which St. Ignatius Loyola is said to have prayed can be found below the gothic church. The architectural style and the design of the basilica is characteristic of Catalan Gothic which can also be admired in many monuments in Barcelona, the capital of Catalunya.

The houses of the old historical center of Manresa are arranged around rock on which the basilica of Santa María de la Seu has been built. Three bridges cross the Cardener River. The oldest bridge of the city, Pont Vell, is also associated with the worship of San Ignacio de Loyola by the catholic pilgrims which visit the city.

From the city center of Manresa the rocky outlines of the Montserrat Mountains can be easily seen. Santa Maria de Montserrat, the patron saint of Catalonia, is venerated in the Benedictine monastery of Montserrat. The Benedictine community, which founded the monastery in the 11th century, has served the sanctuary for almost a thousand years. 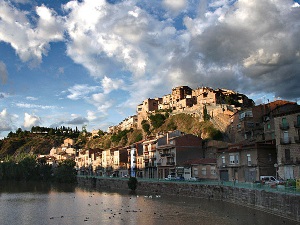 The history of many towns and villages of the region like Sant Salvador de Guardiola, Callús, Santpedor, Moià, Sant Mateu de Bages, Marganell, Sant Feliu Sasserra, Artés, Castellfollit del Boix or L'Estany goes back as far as the Middle Ages. The remains of water mills, castles and farmhouses along the riverbanks of the rivers Cardenar and Llobregat are a witness of the glorious past of the region.

Located next to the Cardener river the village of Súria offers visitors an important medieval heritage. The streets of the old town (Poble Vell) with stone walls, arcades and arches clearly show the typical layout of a small medieval Catalonian town. Due to its strategic location the he oldest building of Súria, the castle and the medieval wall of the Poble Vell played an important role during several wars and uprises. 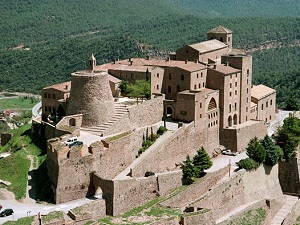 The Balsareny castle, built during the second half of the 14th century, is another fine example of a gothic Catalan fortification. The panoramic views of the woodlands of the Llobregat river, the mountains of Montserrat, the village of Balsareny and the Pyrenees are excellent.

Cardona is another village in the Plà de Bages with a medieval castle and a historical center with outstanding views. From the privileged position of the castle, on the top of a hill, it was easy to dominate the territory during the Middle Ages.

Nature lovers should not miss a visit to the Montcau Valleys which include many characteristical villages like Talamanca, Navarcles, Sant Fruitós de Bages, Mura and Pont de Vilomara i Rocafort. 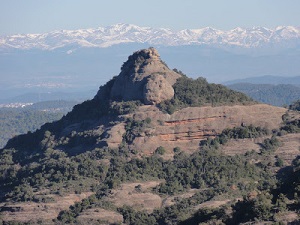 The Montcau Valleys, in the Catalan coastal hills are in the middle of the Sant Llorenç del Munt and L'Obac Natural Park between the the River Ripoll and the Llobregat. It was declared a Natural Park in 1987 and offers a rich cultural heritage in villages like Terrassa, Vacarisses, Sant Llorenç Savall, Granera, Monistrol de Calders, Rellinars, Castellar del Vallès or Sant Vicenç de Castellet which form part of its territory.

For tourists arriving at Barcelona airport or Sants train station a hire car is the best option to visit other place in the region of Plà de Bages like Aguilar de Segarra, Avinyó, Castellbell i el Vilar or Castellgalí. With more fascinating towns and villages to be discovered like Castellnou de Bages, Fonollosa, Gaià, Navàs, Rajadell, Sallent, Sant Joan de Vilatorrada or Sant Vicenç de Castellet tourists surely come back over and over again to Catalonia.

Compare car rental companies from the airport of Valencia online

Hire a car in Pisa at the lowest price online

The cheapest car hire in Tenerife without the small print

592 customers rated our services in Barcelona with an average score of 8.1 out of 10 points.