The region Berguedà in northern Spain lies partly along the foothills of the Pyrenees and partly in the valley of the river Llobregat and smaller rivers like the Bastareny. The Alt Bergueà, the northern part of the region borders with the region of Cerdanya by a two thousand meter high mountain chain and has always been sparsely populated. The higher peaks are normally covered with snow during the cold winter months. 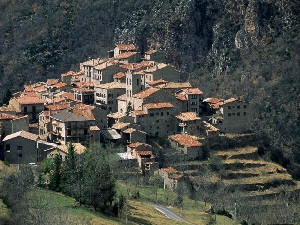 The landscape of the higher part of the mountains is dominated by alpine meadows, whilst the vegetation in the lower areas consists mainly of pine and oak tree forests.

The population of the region is relatively small due to the emigration to the Costa Brava and the city of Barcelona. Since decades people emmigrated to areas with greater economic opportunities like Barcelona, the capital of Catalonia, or the cities of Lerida and Tarragona. 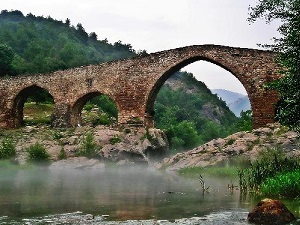 Forestry and agriculture have traditionally been the main industries of the region. The improvement of the infrastructure in the area have greatly improved the economic situation of the region, converting tourism into one of the most important industries. The conversion of old farmhouses and masias into rural holiday accommodation has contributed to the growth in the number of tourists staying in this part of Catalonia and has greatly reduced the emigration to places like Barcelona,from Alt Berguedà.

Some of the most important towns in the region are Montmajor, Puig-reig, L'Espunyola, Castell de l'Areny or Guardiola de Berguedà. The local tourist authorities have put special attention into the conservation of historical city centers. The old medieval centers of Bagà and Berga are some of the finest examples in the area.

In practically every town or village of the Berguedà region like Castellar de n'Hug, Capolat, Sant Jaume de Frontanyà or Gironella tourists will have a wide choice of rural country houses and small hotels or hostels to choose from. 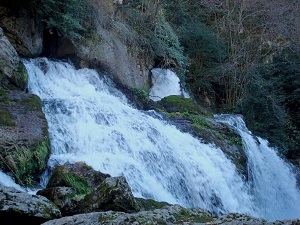 The region is a paradise for nature lovers, hikers and other outdoor enthusiasts. The Pedraforca Massif with its characteristic shape, considered a meeting place for witches in the Middle Ages, is one of the most emblematic mountains for hikers who choose to go walking in Catalonia.

Together with the Queralt Mountain, the home of the patron Saint of the region, it offers a well laid out network of hiking trails and wonderful views of the countryside of the Alt Berguedà.

Many tourists visit the Fuentes del Llobregat, the source of the most important river in Catalonia. The track is well marked and although it is possible to get there by car it is highly recommended to go walking.

Catalunya is a popular destination amongst spaniards interested in ecotourism or a short break in a rural cottage. A quick lookup will return accommodation in most villages of the region like La Quar, Cercs, Avià, Gósol, Sagàs, Montclar, Viver, Casserres, Saldes or Vallcebre.

The Patum, a traditional festival held in Berga every summer and which last a week is the most famous celebration in the region. Historical mythological figures take the streets of Berga and all over town concerts and gastronomical activities are organized. 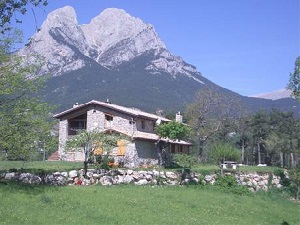 The Fia-Faia is another well-known celebration. It is held in Sant Julià de Cerdanyola and in Bagà on Christmas Eve and marks the winter solstice. During this pagan tradition the villagers carry torches from a bonfire in the mountains to the main square in the center of the town.

International tourists will have easy access to the area from Barcelona or Girona airport. Nowadays many low cost airlines offer cheap flights to this part of Spain from practically every major city in Europe.

For foreigners a rent a car is essential to visit the Berguedà region and tourists are better off not to rely too much on public transportation in Catalonia, because it may not always be easy to get to places like Santa Maria de Merlès, Fígols, Borredà, Serrateix, Olvan, Vilada