Situated in the heart of Andalusia since ancient times the northeast of the province of Malaga, also known as Nororma, has been a crossroads between the eastern and western part of Andalusia.

From prehistoric times many different cultures and civilizations have left their footprints here. The region offers visitors a rich historical and cultural heritage that still survive today. 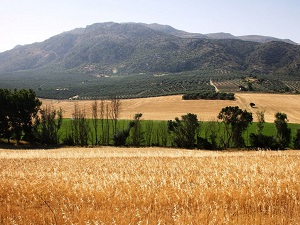 The Northeastern Region of Malaga, the Sierra Norte, is a land full of history that has been marked in its monuments, traditions and festivals. It offers visitors many charming places, magnificent churches, unique monuments and beautiful landscapes that take us from the plain to the mountains and from olive grove to pine and oak forests.

That is no wonder, because the regionof the Sierras de Malaga is located between two of the great Andalusian mountain formations: the Cordillera Subbetica in the northern part of Andalusia and the Penibética in the south.

The two big rivers of the province, the Genil in the north and the Guadalhorce in the south have drawn much of the winding landscape of the region by creating a number of smaller mountain ranges like the Sierra del Pedroso, the Sierra de las Arcas, Cerro de las Mendozas and Cerro de Buenavista.

The Northeast Region of Malaga is a paradise for outdoor activities like hiking and mountaineering. It offers several walking trails leading through some of the most beautiful valleys and places of great ecological interest of the region. 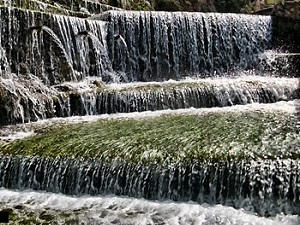 Among these trails is the GR-7, an international long distance trail that runs from Tarifa (Spain) to Athens (Greece). On a journey of over 60 kilometers it crosses the province from north to south allowing tourist to visit all towns and villages of the region: Cuevas de San Marcos, Villanueva del Trabuco, Archidona, Villanueva de Algaidas, Cuevas Bajas, Villanueva del Rosario and Villanueva de Tapia.

The river banks of the Genil and the Guadalhorce are some of the most interesting natural places to visit. The Fuente de los Cien Caños, the Sierras de Chamizo y Jobo, the Falla del Monte Chamorro and the Sierras de Gibalto are especially popular amongst outdoor enthusiasts.

Due to its privileged geographical location many Andalusian capital cities like Granada, Cordoba, Malaga or Seville are only a short drive away. The A-92 motorway crosses the province from east to west at Archidona which can be easily accessed both from Antequera and Seville, as well as from Granada.

Archidona is located at the foothills of the Sierra de Gracia, approximately 50 kilometres from Málaga. Situated at 660 metres above sea level the picturesque village of Archidona dominates the valley over which it presides.

The history of Archidona goes back thousands of years. The Phoenicians started the construction of the defensive walls. These city walls were later improved by the Romans and the Moors, who called the city Medina Arxiduna. Still today the moorish castle is one of the most important monuments of the village.

Due to the fact, that the sanctuary of the Virgen de Gracia, the patron saint of Archidona is one of the only left which has been built on the original site of the Arabic Mosque it is considered a unique site in southern Spain.

The Plaza Ochovada with its unusual octagonal design, the Plaza de la Victoria, which is the man square of the village and splendid green and white ceramic spire of the baroque tower of the Convento de las Míninas are other important landmarks in the village. 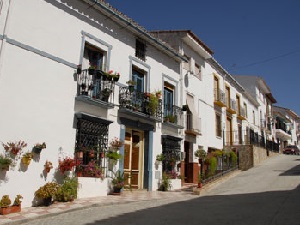 The town of Cuevas Bajas, a little town made up of whitewashed houses, narrow streets and lovely balconies is located in a small valley on the banks of the River Genal. From the Altos de San Antón visitors can enjoy a scenic view of the valley. Along the banks of the Genil the Noria de la Aceña and remains of the ancient Arab irrigation system can be admired.

Villanueva de Tapia is a typical white andalusian village in the northeast of the province with a very interesting historical legacy. Like other villages in the area (Villanueva de Trabuco, Villanueva del Rosario) this little town lies in the midst of olive groves and rolling hills covered in pine and oak forests.

The Northeastern Region of Malaga is not only an ideal holiday destination for hikers and culture lovers. It is the perfect place to practice other activities like climbing, canoeing, rafting, cycling horse riding, bird watching or enjoy the local gastronomy in one of the many typical bars and restaurants in the area. Not to forget the many natural resources available in the surroundings such as the Torcal de Antequera Nature Park, the Sierras Subbeticas in the province of Cordoba, or the Montes de Malaga.

Hotel La Paloma is close to some of the most beautiful natural areas of the province like the Montes de Malaga and the Torcal de Antequera.

The cheapest car hire in Murcia without the small print

Enjoy your holidays in Barcelona with a rent a car

Rent a car in Tenerife and take advantage of our discounts

Compare car rental companies from the airport of Minorca online

Rent a car in Valencia for an unforgettable holiday