Tenerife, the Island of Eternal Spring is the largest of the seven Canary Islands. Due to its excellent climate, its wonderful beaches, the Teide National park, other incredible landscapes and two Unesco world heritage sites it is one of the most popular travel destinations in Europe.

Every year some 5 million tourists choose Tenerife as their holiday destination. Most international flights will arrive at Tenerife south airport (Reina Sofia) which is located on the south-east coast of the island. From here it is just a short drive to resorts like Playa de Las Americas, Los Cristianos and Costa Adeje. 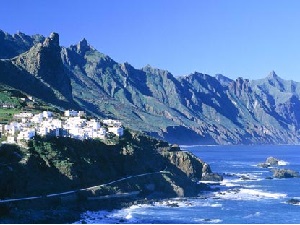 The smaller airport of Los Rodeos (Tenerife Norte) is located close to San Cristobal de La Laguna and not far from the capital city, Santa Cruz de Tenerife. It is ideally located for hotel guests staying in Puerto de La Cruz on the north-west coast of the island.