The Subbetica region in Cordoba

Due to its strategic location in the center of southern Spain the Subbetica region is starting to become an interesting alternative for the traditional package holidaymaker arriving at the Costa del Sol. The airports at Granada and Malaga are only an hour away by car and the airport of Seville, the capital of Andalusia can be reached in less than two hours by car.

Tourists will find in the Subbetica a region full of interesting attractions with the natural park and several protected areas which are a delight for nature lovers, hikers and outdoor sports enthusiasts. The region has a rich cultural and historic legacy to offer which is reflected in the many traditions and religious processions taking place in any of the fourteen towns and villages of the area. 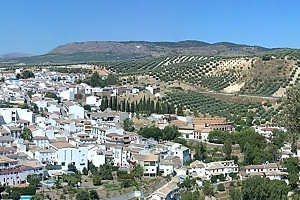 The landscape of the region is characterized by the many olive groves that surround the villages of the area every now and then interrupted by typical rocky formations like the Sierra de Cabra or the Sierra de la Horconera.

The flora in the south of the province of Cordoba is typically Mediterranean with several endemic species like the wild olive and gall oaks. Amongst the wildlife several mammals stand out in particular the spanish wild cat (lince iberico) one of the most endangered species in the world.

The Subbetica is a paradise for birdwatchers up to the point that several travel agencies offer bird watching tours in the Natural Park of the Subbetica Mountains. Different birds of prey can be spotted fairly easily like the royal eagle, the owl or the peregrine falcon. 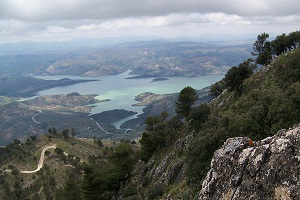 The region is not only a paradise for nature lovers, it offers also a rich gastronomy. Amongst the local agricultural product the olive oil and the wine stand out above the rest.

The Subbetica Natural Park is the most outstanding area in this part of Andalusia. The beautiful landscapes with its characteristic lime stone formations is spread out over 8 different villages, namely Priego de Cordoba, Cabra, Iznajar, Carcabuey, Doña Mencia, Zuheros, Luque and Rute. Other protected natural areas of interest are the Sierra de Cabra or the Pantano de Inzajar. This lake is the ideal place for all kind of water sports like fishing or canoeing.

Other villages belonging to the Subbetica region in Cordoba are Palenciana, Benamejí, Almedinilla, Encinas Reales, Lucena, Iznájar and Fuente Tójar. Directions are not always very well indicated, so it pays to have a good map or a GPS device. 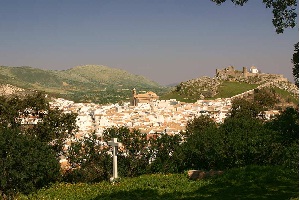 Priego de Córdoba is a charming and delightful town with many beautiful monuments. It is no wonder, that Priego is considered the cradle of Spanish baroque. The narrow winding streets of the old part of the town with the whitewashed walls are a good example of a typical Andalusian neighborhood which roots go back to the period when Al Andalus was governed by the Moors.

The remains of the Arab castle are another witness of the glorious past and the many wars between Arabs and Christians which took place in this part of Spain. The churches of San Francisco, the Virgen del Carmen, Asunción, Aurora and Las Mercedes are good examples of the architecture in Spain during the middle ages.

Rute is famous throughout Spain for its local anisette, a long-standing tradition with distilleries scattered around the village and the typical Christmas pastries. Part of the territory of the village is located inside the Sierras Subbéticas Nature Park. The village offers two museums dedicated to the most important industries, the museo del Anís and the Museo del Mantecado, Turrón y Mazapán where tourists can also find more information about the province of Cordoba. 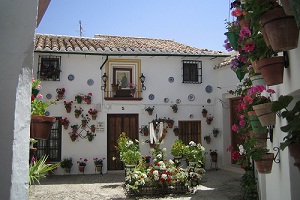 The town of Iznajar, on the banks of the river Genil and next to the lake of the same name is located in the south of the region. The impressive Arab fortress is one of the most important of its kind in Andalusia. Other interesting monuments are the Tower of Saint Raphael and the church of Santiago.

The village of Doña Mencía, named after the wife of a captain of King Ferdinand, is located in the heart of the Nature Reserve. Doña Mencía is famous for its wines, which are classified under the Montilla and Moriles designation of origin. In the local History and Archaeology Museum several historical objects found in excavations in some of the most important archaeological sites of Cordoba are exposed. 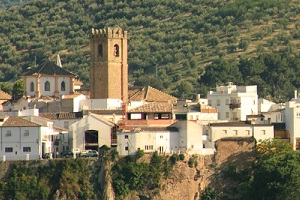 Lucena is nowadays an important center of furniture manufacturing, but from the 9th to the 11th century it was a major cultural and commercial town with an important Hebraic University and a large Jewish community.

Not to forget the monumental city of Cordoba with its famous Mosque and the narrow winding streets of its Old Quarter and Judería neighborhood. The city has so many other interesting places and corners that it can be hard to decide what to see first.

All this make the Subbética the perfect destination for those tourists who are looking for something more than just sun and sangria. It is an ideal starting point to not only discover the hidden gems of Cordoba, but also to visit nearby Spanish cities like Seville or Granada.

Rincon de Carmen is a rural accommodation situated in the Sierras Subbeticas Natural Park in Rute in Andalusia.

Cortijo La Presa is located in the heart of Andalusia with easy access to important cities like Cordoba, Malaga, Granada or Seville.

The lowest prices for car hire in Valencia

Check our special car hire offers from the airport of Murcia

Take advantage of our car hire offers in Faro

Enjoy your holidays in Lanzarote with a rent a car

1220 customers rated our services in Seville with an average score of 8.8 out of 10 points.