The Costa del Sol is one of the most popular travel destinations in Spain. This stretch of coastline is located in the province of Malaga on the Mediterranean coast of Andalusia.

The Costa del Sol is famous for its beaches and its Mediterranean climate which allows to practice all kinds of outdoor activities and sports all year round.

The capital city of the province, Malaga, is at the same time the center of this coastline. The western Costa de Sol stretches from Malaga to the west and includes popular resorts like Benalmadena, Torremolinos, Mijas and Marbella. This part of the coast has got a very international flavor with tourists from all over Europe and residents from all over the world who have found here a second home. 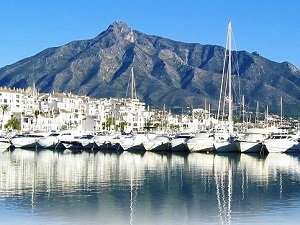 The eastern Costa del Sol is not as long as the western part and stretches as far as the boundary of the province of Granada with Nerja as the main tourist resort on this part of the coast. Other villages which can be found on this part are Torrox, Torre del Mar and Rincón de la Victoria.

The province of Malaga is also famous for its nightlife. Along the coast tourists will find a wide selections of clubs and bars in places like Puerto Marina or Puerto Banus, where some of the most exclusive night clubs in Spain can be found. In and around Marbella celebs and famous people can find the privacy they are looking for during their holidays in fashionable, but expensive beach clubs.

Malaga airport, the main gateway to southern Spain, is served by airlines from all over Europe with connections to over one hundred cities in Europe and more than 50 different countries worldwide. A brand new terminal building was opened in 2010. In the year 2013 a second runway became operational.

The new terminal building is connect with the train transportation hub. Trains run approximately every twenty minutes from the airport to the center of Malaga and to Fuengirola. At terminal 3 a direct bus services links Marbella with Malaga airport. Travelling eastwards or westwards along the Costa del Sol is more complicated, as tourists will have to take the bus to the bus station in the city center first. There are only a few number of rent a car companies with a desk the basement of the terminal building. The staff of all other car hire companies will normally wait for the customer in the arrival hall of the airport. 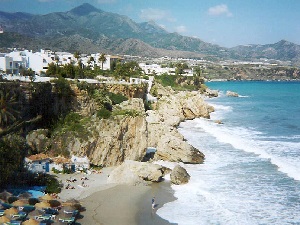 Nerja is the most important tourist resort on the eastern part of the coast. The city is famous for the Nerja Caves. Most of the holiday accommodation which can be found on this part of the coast can be found here, although the resort has managed to retain its Andalusian character in the center and the area around the Balcón de Europa.

Other popular places amongst tourists are Torrox, a charming little village built on a steep slope approximately 4 kilometers from the coast, or Rincón de la Victoria and La Cala del Moral, especially popular amongst the residents from Malaga to spend the summer months.

In between we find Torre del Mar, the beach resort of the capital of the Axarquia region, Vélez-Málaga. The little Marina of Caleta de Vélez which offers a selection of watersports like sailing or surfing, has over two hundred berths to offer and a little office where tourist information about the rest of Andalusia can be found.

The western part of the Costa del Sol is much more developed as it was here that tourism started. Places like Torremolinos or Marbella have a long history in tourism. The infrastructure is excellent and the atmosphere is very lively all year round. No wonder that many visitors have decided to invest in a holiday property in other places like Fuengirola, Mijas or Estepona. 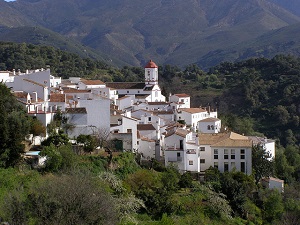 Tourists who prefer to get to know a bit more about Andalusia can find splendid places like the Serranía de Ronda or the Sierra de las Nieves natural park not far inland on the western part of the coast, whilst those who are staying on the eastern part will find many typical white Andalusian villages in the Axarquía and the Sierra de Tejeada and Almijara mountains. All these natural areas offer a wide selection of activities to choose from like hiking, cycling, climbing or horse riding.

The Costa del Sol also hosts the greatest concentration of golf courses in Europe and is the perfect destination for a golfing holiday. Due to the mild temperature the best months to play golf are spring, autumn and winter.

And last but not least the city of Malaga itself which is the main cultural center of the Costa del Sol. With monuments like the Alcazaba and the Castillo de Gibralfaro, the Cathedral and the Picasso Museum it is certainly worth wile to spend a day or two of your holidays in Malaga.

Escudo de Mijas, situated in a pedestrian street in the heart of Mijas village, is a comfortable hostel with fantastic views to the Costa del Sol.

The lowest prices for car hire in Majorca

Compare car hire prices at Minorca airport with one click

Click here for the best car hire prices in Tenerife

The lowest prices for car hire in Lanzarote

Looking for the cheapest car hire in Pisa?