Its landscape of rolling hills and mountains, meandering rivers, little streams, forest and meadows is the natural border between Andalusia and Castilla La Mancha.

The Gorgeous landscapes of the Sierra Morena, the gently rolling hills, the natural beauty and the white villages with their narrow winding streets, balconies adorned with flowerpots and typical Andalusian squares where the village people gather in the evening are just some of the delightful contrasts visitors can experience in the region. 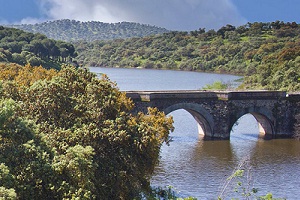 The Retorcillo and the Viar rivers in the Sierra Morena, but particularly the Hueznar river are rich in wildlife, with otters and birds nesting in the woodland sof the river banks composed of willows, alders and poplar trees. All three rivers are tributaries of the Guadalquivir, the biggest river in Andalusia. The Cascadas de Huéznar near San Nicolás del Puerto, which are the source of the Río Hueznar, have been declared a natural monument. 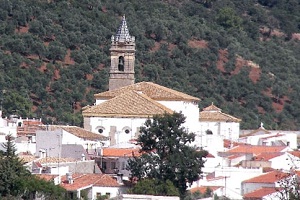 Due to its natural resources the region has been inhabited since ancient times. Iberians, Romans and Arabs all left their footprint and a valuable cultural and historical heritage in this part of Andalusia. Especially the Moors, which inhabitated this land for over a millenium, have left an important legacy. Still today the population lives in harmony with nature taking care of the conservation and preservation of the natural resources of the Sierra Morena.

Constantina is the largest town in the region. The Medieval character of the village can be sensed in the Moorish narrow streets and the pretty whitewashed houses of the Barrio La Morería. The imposing tower and Renaissance portal of the Mudéjar church Iglesia de la Encarnación of the 14th century is situated in the center of the old town. The views from the ruins of the Moorish castle on the top of the hill are spectacular. 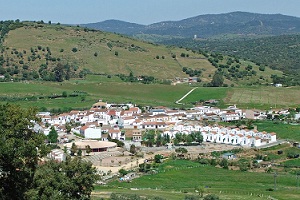 Constructed in the 14th century by the Moors the restored castle of Analis overlooks the village. The fortification was severally damaged in the War of Independence. The Mudéjar doorways of the Ermita de San Juan are another cultural heritage of the Al Andalus period. The castle is an excellent panoramic viewpoint. The parish church Nuestra Señora de las Nieves on the Plaza del Ayuntamiento has an interesting altarpiece in Gothic-style.

El Real de la Jara, a little village with a restored castle, is situated on the westernmost corner of the Nature Reserve.

Guadalcanal is a pretty village to the north of the Sierra del Norte Natural Park. Once part of the walls of the Moorish fortress, now in ruines, the parish church of Santa María de la Asunción, built in Gothic-Mudéjar style is one of several Mudéjar churches which can be visited in Guadalcanal. The Iglesia de Santa Ana is another Mudéjar church worth visiting. In the Middle Ages Guadalcanal was a wealthy village due to the discovery of silver in the area. El Pedroso is another pretty white village with a Mudéjar style church.

The gently rolling hills of the Sierra Norte Natural Park of Seville are a paradise for hikers although only few foreign tourists make it up to the Sierra Morena. That is really a shame, because it is on or the largest and most beautiful protected areas of southern Spain. 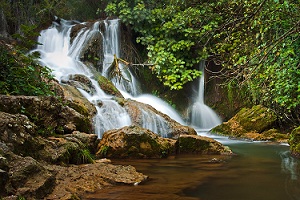 The park is a paradise for outdoor activities like horse riding, cycling, fishing, or watersports on one of the reservoirs in Seville. There is a network walking paths and dirt tracks in the park giving access on foot, by mountain bike or even by car. The information center of the park can provide detailled maps and information about walks or activities.

Rent a car in Lanzarote and take advantage of our discounts

The lowest prices for car hire in Tenerife

Save up to 20% on your car hire in Valencia